Since the fall of 2019, Klamath Forest Alliance has been working with Applegate Neighborhood Network and residents throughout the Applegate Valley to oppose the Medford District BLM's Bear Grub Timber Sale and to protect the Wellington Wildlands.

The Bear Grub Timber Sale proposes "group selection" logging, a form of staggered clearcut logging that removes whole groves of mature, fire resistant forest in patches up to 4 acres in size and across up to 30% of a timber sale unit.

By removing large overstory trees and whole groves of fire resistant forest, these habitats will be converted into dense, highly flammable patches of young trees and shrubs. This form of forestry and the structural conditions it creates has been shown to increase fire hazards and significantly reduce habitat values for imperiled species like the Northern spotted owl and the Pacific fisher.

The Wellington Wildlands are well loved by local residents who regularly recreate in the area's highly accessible and spectacularly scenic wildland habitats, and who support the area's permanent protection. Due to its unique beauty the area is proposed as a central feature of the Applegate Ridge Trail, which would traverse the area on its way between Grants Pass and Jacksonville, Oregon.

This non-motorized Applegate Ridge Trail proposal benefits from broad public support, and many believe the region is more valuable for wildlife, biodiversity, recreation, and as a scenic backdrop for the homes, farms, ranches, and vineyards of the Applegate Valley, than as dry, extremely marginal logged over timberland.

Unfortunately, the local community and the BLM have very different plans for the Wellington Wildlands. While the public cherishes this wild and beautiful region, the BLM's Bear Grub Timber Sale proposes to log off this scenic corridor, sacrificing community values, recreational values, and biological values for short-term timber industry profits.

Located in the rainshadow of the Siskiyou Mountains, the forests of the eastern Applegate Valley are the driest in Western Oregon. Surviving on only about 20" of annual precipitation, conifer forests are limited in distribution and survive mostly in protected canyon bottoms and on north- or east-facing slopes. Vast portions of the landscape are too arid to support forested habitats and are instead dominated by oak woodland, grasslands, and chaparral.

Growing from extremely steep gravelly slopes, this large forested stand consists of predominantly Douglas fir with patches of bigleaf maple lining the dry, gravelly drainages. Much of the forest is open, spacious and dominated by large, old trees. The understory supports low grass and very little fuel loading. Although the trees are generally well spaced, they create an overstory canopy that suppresses understory shrub growth, while allowing enough light for a diversity of native grasses and wildflowers.

Despite the current level of fire resistance and despite the local communities' love for the Wellington Wildlands, BLM has proposed to clearcut patches of mature, closed canopy forest, increasing fire hazards, degrading wildland habitats, and damaging recreational values at the headwaters of China Gulch.

Please help us Stop Bear Grub and Save Wellington Wildlands!

Contact the Medford District BLM and express your concerns. They need to hear from you! Ask them to cancel the Bear Grub Timber Sale and protect the Wellington Wildlands. 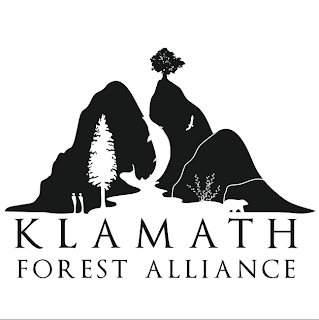 Posted by luke ruediger at 9:18 AM