Local Applegate residents, The Siskiyou Crest Blog, The Klamath Forest Alliance, and the good folks at KS Wild have begun monitoring Nedsbar Timber Sale units in both the Upper and Little Applegate Valleys. In our recent timber sale monitoring we have found units that are healthy, fire adapted and in no need of manual thinning whatsoever. We have also found units that are overly dense, fire suppressed stands that would benefit from a restoration based thinning approach.

In our initial forays we have found numerous units which contain old-growth characteristics. Some of these units have been influenced by relatively recent wildfire, while others are located within roadless wildlands that represent some of the most intact ecosystems remaining in the foothills of the Applegate Valley. Logging these units would increase fuel risks to rural residents of the Upper and Little Applegate Valleys, increase future fuel loads, and impact Northern spotted owl, Pacific fisher, and Siskiyou Mountain salamander habitat.

The Nedsbar Project Area lies within an important connectivity corridor linking the Rogue Valley to the Applegate Valley, and the Siskiyou Crest to the Marble Mountains Wilderness and the vast wildland habitat in the Klamath Mountains south of the Klamath River. The area provides a low elevation corridor that links with the high elevation land bridge of the Siskiyou Crest. The connectivity provided by the Little and Upper Applegate Valleys has been identified in the Applegate Adaptive Management Area Ecosystem Health Assessment published by the BLM and Forest Service in 1994. The area should be protected from regeneration logging and heavy commercial thinning that severely impacts canopy coverage, structural complexity, fire resilience, and the habitat provided by large, old trees.


Unit 14-30 lies entirely within the Buncom Roadless Area on the north slope of the low, arid ridge system dropping from Cinnabar Ridge to the confluence of the Little Applegate and Applegate Rivers. Surrounded by chaparral and oak woodland on three sides, the unit supports an isolated stand of late and mid seral Douglas fir with a few ponderosa pine and madrone. The forest represents some of the driest Douglas fir habitat west of the Cascade Mountains. Heavy thinning in this unit will increase light infiltration, allowing for the encroachment of surrounding shrubfields and the regeneration of young conifers in the understory that will significantly increase fuel loads.

The western margin of the unit supports open groves of large, old Douglas fir. The forests are generally not overly dense, but support a relatively closed canopy condition. Large, old trees grow in clumps or clusters around the unit with a few isolated patches of younger regenerating fir and madrone. The central portion of the unit is more dense and even-aged, with a small oak opening supporting large, old oak trees and widely spaced conifers.

The southern portion of the unit, near the ridgeline, supports scattered older trees growing from rocky substrates that likely harbor populations of the Siskiyou Mountain salamander. The unit's southeastern corner supports beautiful, open groves of Douglas fir with a well developed understory of native grass. The unit is a thriving, diverse community that supports not only old-growth characteristics, but also fire resilient forest habitat.

Unit 33-20 lies on the north slope of the long, dry ridge dividing the Little Applegate River from Yale Creek. The south face of the ridgeline consist of manzanita, oak, and pine, while the north slope consists of a mixed conifer forest of fir, pine, and madrone.

The upper portion of unit 33-20 is rather dense with suppressed fir poles, many snagged out or of extremely low vigor. Scattered, large pine grow in clump formation along the ridge itself; some have begun to succumb to drought stress, competition, and beetle outbreaks. Fuel risks are significant due to the density of vegetation.


The lower two-thirds of the unit consist of relatively intact stands of fir, pine, and madrone, including many large, old trees. The stand underburned in the 1987 Cantrall Fire, creating relatively open, fire adapted conditions. The canopy is generally closed, yet tree spacing is broad, age class diversity is high, and ladder fuels minimal. A few areas contain more dense and even-aged stands of fir. Douglas fir dominates with large ponderosa pine and wide branching madrone growing interspersed throughout the stand.

Roughly one mile of proposed road upgrades will be necessary to facilitate the logging of unit 33-20. The BLM is proposing to upgrade existing decommissioned roads in the area with a clear potential to increase OHV use, noxious weed spread, hunting and poaching pressure, trash, and disruption of relatively isolated wildlife habitat.


The lower, more late seral portions of unit 33-20 should be canceled to protect the important wildlife values associated with old-growth habitat. Non-commerical thinning along the ridgeline could be acceptable if implemented with sufficient design features, including the retention of large live trees, snags, tree form oaks, and large madrones. The idea could be to create a backcountry fuelbreak. The unit could extend across the upper 100’ of the north slope within proposed unit 33-20. The goal would be to create a ridgetop fuelbreak from which hand crews could contain wildland fires. The fuelbreak could also be used to light prescribed burns that could be used to maintain healthy habitat and fuel condition in the area. The project would be part of a larger strategy to create fuelbreak and ridgeline trail systems that would provide anchor points for the management of wildland fire and the use of prescribed fire. 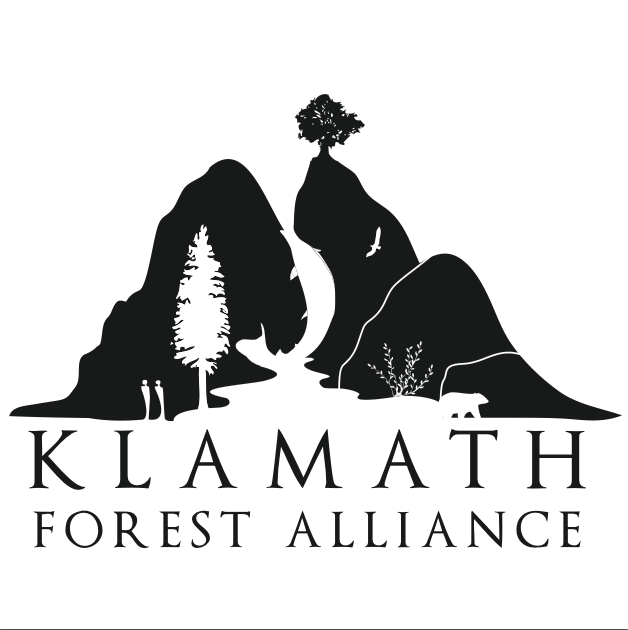